Meet the team behind Clown Cabaret Scratch Night.
Tim, Saras and Melanie are all theatre professionals based in Scotland.

Melanie is an award-winning physical theatre maker and performer, creating work which is visually driven, physically dynamic and exposes our shared humanity with curiosity and humour. Her solo show Sanitise (Jordan & Skinner) was awarded a Scotsman Fringe First Award and nominated for Arches Brick Award in 2014. Melanie has created national and international touring theatre with Organic Theatre, Faux Theatre and Plutôt La Vie. Jordan & Skinner's new production At A Stretch will premiere at Edinburgh Festival Fringe 2017 before touring nationally. www.jordanandskinner.com​ 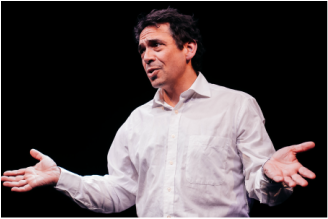 Tim is a performer, director and teacher.  He has worked with companies such as:  Theatre Sans Frontieres, benchtours, Vienna International Theatre, House of Candles (New York), and Shakespeare Company Berlin.  Tim trained as a performer with Philippe Gaulier and Monika Pagneux in Paris and the Piven Theatre Workshop in Chicago.  From 1998 – 2000 Tim led Clowning workshops and directed a performance of Bertolt Brecht’s play ‘Man is Man’ with Muslim and Serbian youth theatre groups in Bosnis-Hercegovina.  Tim also works for Hearts&Minds, an Edinburgh based arts-in-health organisation providing the Clowndoctors and Elderflowers programmes to health care units across Scotland.  He is also a Feldenkrais Practitioner and teaches Awareness Through Movement at Dance Base in Edinburgh. 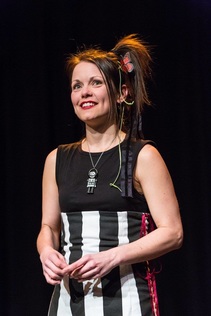 She is both the founder and artistic director of CloWnStePPinG - a hub dedicated to further the understanding, promotion and development of theatre clown as an art. It has attracted artists and collaborated with clowns from all over the world
For more information visit, www.clownstepping.com and www.sarasfeijoo.com
Powered by